Duel in the Dark plus more Zombies

The outin-laws were down for the weekend(3 extra women and a baby), so on Saturday I picked Pingu up and we went over to see Nathan for a few games of Duel in the Dark.  We managed 3 games, with Pingu and I being the Luftwaffe while Nathan was the RAF.  It's a deceptively involved game, it looks really simple for the German to win but it's not!  I kept running out of fuel in my night-fighters as the wind did it's best to screw us over in 2 of the games.  End result was 1 big win each side, with the decider being a 1 point win for the Germans. 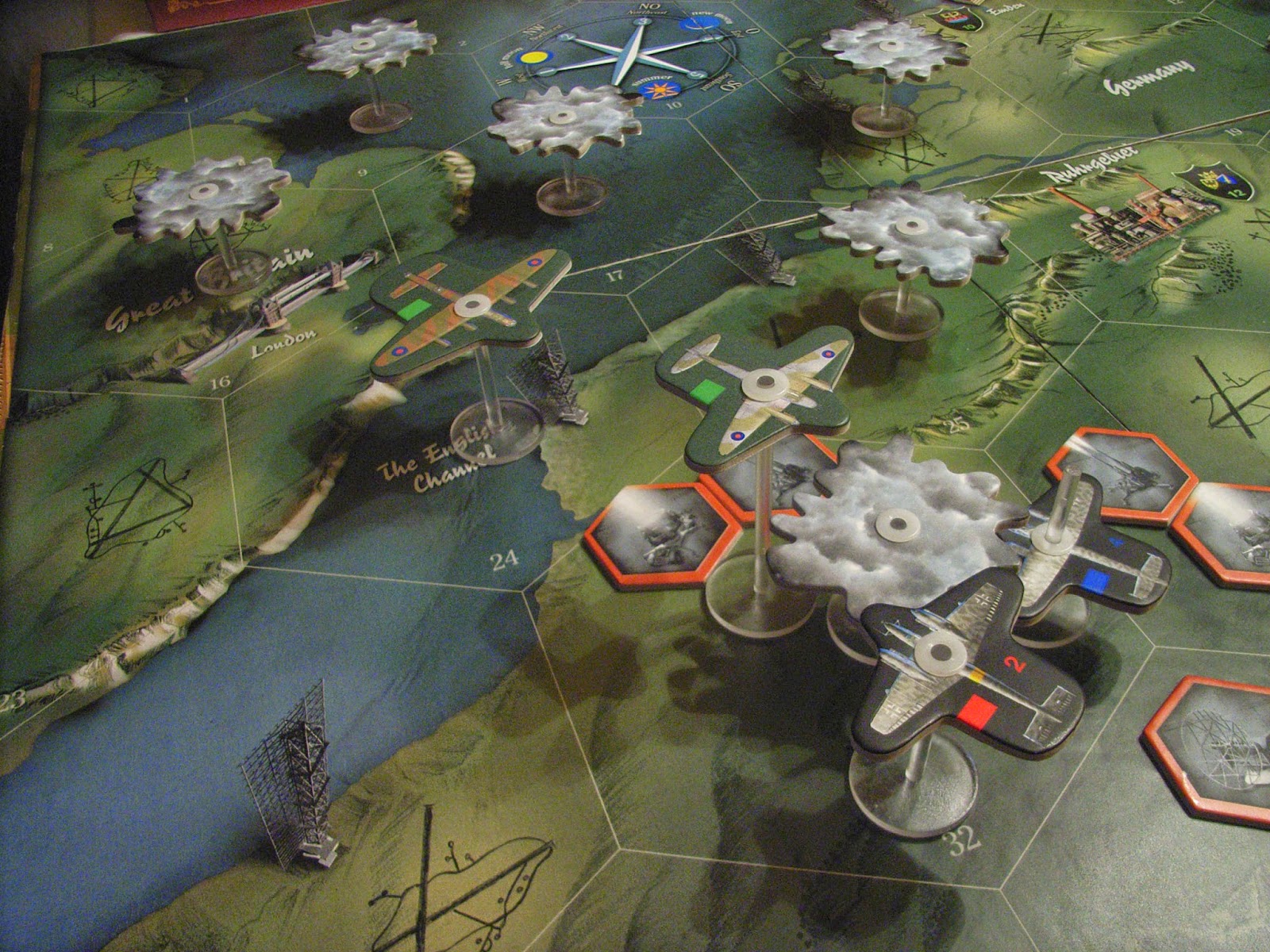 The Germans have 4 night-fighters and various "defence resources", such as flak, searchlight, fire trucks etc.  These have to be placed without knowing the objective, while the British have to preplan the bombing mission without knowing where the defences are.  Then there's the annoying Mosquito, which can score points by shooting night-fighters, can suppress defences or mark the target to give the Bombers bonus points when the reach the objective.

It is a juggling game for the Germans, as they can't catch the bombers if they get left behind, but also need to refuel at the most inopportune moment.

It's a cracking game though and is a good way to fill a few hours.  Well worth the £15 I paid for it.  The pictures are stolen from boardgame geek as I didn't take any while we were playing.

I even managed to get a bit of painting done, mostly in the dark hours of the morning when I couldn't sleep as I felt too sick.  Nine "Toxic" and 8 normal zombies have joined the ever increasing ranks of painted Zombicide figures.  I quite enjoyed painting these in the dark and quiet hours as it gave my ears a chance to recover from the constant, endless chatter that the multitudinous women of this family make.  There were 7 of them here on Saturday evening and they can all seemingly talk without needing to breath in, ever!  They spent all day together, yet still managed to talk non-stop all evening.  My ears were bleeding by 8pm and they kept on talking until past midnight.

Today would be a nice, quiet day as they have left but they are digging up the road outside the house now, so it's a bit noisy with tarmac strippers and pneumatic drills going.  So today I shall mostly be wearing my headphones.  Have fun and I'll catch you later
Posted by jcralls at 12:15