Another unit done, this time the 2nd/30th Foot. Yellow facings means the drummer stands out. I am in the process of painting 18 bases of 15mm US Para's for ebay, just the basing left to do so hopefully they will get finished today. Then I have to crack on with some more French Napoleonic infantry. Oh, the joy!

I am going to find the Battle of Britain planes today though, as I need them to get painted so we can play Bag the Hun 2. Chocks away and all that.
Posted by jcralls at 08:41 No comments:

It's here, I am reading it and it looks good. I liked the original Bag the Hun but there were holes in the rules. Bombers gunners were not worked out properly and there was no ground attack element, but that has been fixed now. This does mean that the 1/600th Battle of Britain planes may have to move up to painting list, but that is a small price to pay. Of course I could just use the USAAF vs Luftwaffe planes that I have already painted, but where's the fun in that? 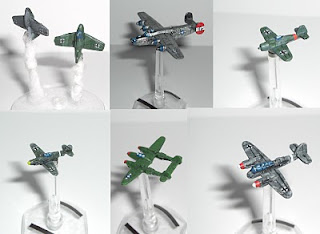 I also got hold of a copy of Rate of Fire from Crusader, so a 25mm WW2 game also beckons. Too much to do in too little time. Right, back to the paintbrush. Have fun follks.
Posted by jcralls at 08:30 No comments:

Today I shall mostly be painting 15mm Napoleonic British (again) and some 15mm US Para mortars. The Napoleonics will be the 2nd Battalion, 30th (Cambridgeshire) Regiment, which have white belts and yellow facings. No buff there at all. The Paras are some I have had in my spares box for ever, so ebay beckons for them once they are done.

That's just what I can remember off hand. There's more. The Napoleonic stuff is not for me, neither are the German vehicles. The rest is mine though. Maybe I do too many periods..........NAAAAHHHHH!
Posted by jcralls at 08:33 No comments:

Now the Napoleonic period is not my thing. It's very interesting historically and very pretty to wargame, but it's too damn complicated to paint! At least I think so. However, my brother-in-law loves it, so I am painting up figures for him. Here are my first ever attempts at painting 15mm Napoleonic infantry. They are not based and don't have standards as he adds them himself.

Here are the British, painted up as the 3rd Battalion, 14th (Buckinghamshire) Regiment of Foot. Usually British troops will have white belts, but units with buff facings had buff straps apparently. 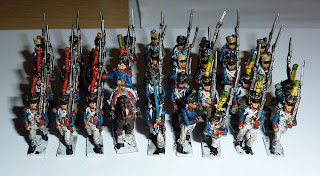 And here are some French infantry from no particular unit. the French all seem to have the same uniform, so no facing colours or anything.
Posted by jcralls at 12:26 No comments:

Hello and welcome to my wargames blog. Introductions first, I am Jason, a Welsh exile living Devon, near Exeter, with my wife and 2 kids (the other 2 have moved out). My interests are WW2 and Ancients gaming, but I also play and own far too many other periods to mention. They will gradually appear on here as time goes by.

Currently I am painting some 15mm Napoleonics (not for me though) and 15mm WW2 (MINE!!!). I also have 25mm WW2 infantry and vehicles, 25mm Ancients, 25mm Medieval and 25mm ACW on the to-be-painted list. Here are a few pictures of some of my attempts at painting. 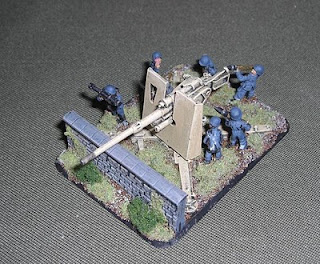 First up is a 15mm 8.8cm Flak gun for my PBI2 force. Lovely stuff, the model is by Battlefront/Flames of War. They are painted up as Luftwaffe, hence the slightly blue uniforms. 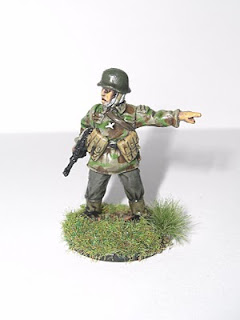 This is one of my Bolt Action 25mm Germans, part of a Panzergrenadier force, over 50 figures and 11 vehicles so far they have yet to win a game 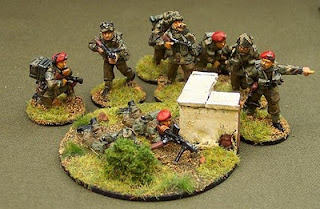 Here are the opposition for the Germans, some of my 25mm British Paras. Again they are Bolt Action figures and there are 49 painted so far. 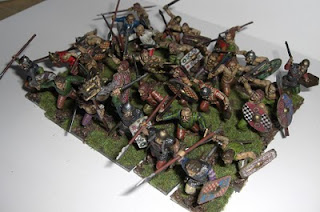 And here are some of my 25mm Warlord Games Celts. My celtic horde is ever expanding, but has been pushed to one side by more modern periods at the moment.


Well that's the first post done. I'll update occasionally, you just see if I don't!
Posted by jcralls at 11:31 No comments: