Merry Christmas, Happy New Year and thank God that 2020 is over!

Salutations and seasons greetings to one and all. I hope you have all recovered from any Christmas excesses you may have been subjected too and I also hope that you got what you wanted, not what you deserved, for Christmas. 😉
My production has switched to Wars of the Roses figures for the recently released "Never Mind the Billhooks" rules recently released with Wargames Illustrated. They look like a fun set, simple enough to pick up but with enough in them to make them interesting. It has made me get out the Perrys Miniatures plastic figures that I picked up at a bring and buy somewhere many moons ago. I have over 120 foot and 30 mounted, so that should be enough to be going on with.......hopefully.
My family was pretty generous this year, actually asking what I wanted instead of buying chocolate and whiskey. It does help that I can't have chocolate and whiskey anymore mind, although I do miss the whiskey. So I got a selection of burnt wood mdf from Sarissa Precision from my wife and my mother. I now have a selection of Mediterranean buildings for Mortal Gods from my wife and the Dark Ages Hamlet bundle from my mum for use with the Vikings. I also got some grass tufts, which are always useful, and a 1/56 Char D2 tank from my eldest son and his wife.  My daughter gave me cash as it's easier, so that will be spent on something soon, maybe a cannon and some command from the Perrys range. No 2 son also gave me cash, then promptly borrowed it back to get his mum a present. Some things never change. That plus the usual bits and pieces, a book, some smellies etc, and some more Really Useful boxes means I did very well indeed. Please bear in mind that December 25th is also my birthday though, so the presents covered both.
The Char D1 was a surprise, I found it on eBay, told my son about it and said I would order one after Christmas. I did not expect him to remember and get it. It really is a lovely print and I would recommend it to anyone who needs one. The seller is gardenshedprinting and he does a nice range of vehicles, so please check him out. I will be ordering more once the New Year has passed.

I know the D1 is a limited use item, but I am running the Many Bridges campaign for two of my wargames buddies and the French player keeps picking the later D2 for support. So far an R35 has filled in, but now he can have a more similar tank.

You watch, he won't pick the damn thing now, assuming we ever get together for a game again. Now I just have to decide on a camouflage scheme, top or bottom?
Well that's it. I hope you all have a Happy New Year tonight. I do hope it improves soon as the lack of socialising is beginning to wear very bloody thin. Fingers crossed for a reduction in the Covid rate everywhere and I hope you all stay healthy. 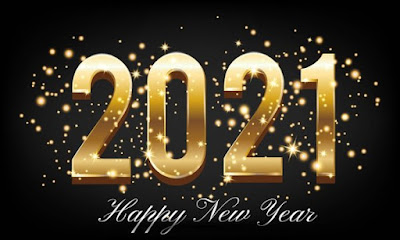 I painted the other Vikings from Victrix, so here they are.

That makes 64 including the Celtic fanatic Berserkers. Hopefully I will get a game in this week now that lockdown has finished.

I also painted some villagers and militia type figures as targets for the raids.

I think they are a mix of Gripping Beast and Black Tree miniatures, I picked them up at some of the local shows last year, so it was nice to get some paint on them.

Next up will be either Wars of the Roses figures or some 15mm Cold War, it depends what takes my fancy tomorrow.