Just for a change from 6mm SYW or 15mm Napoleonics, here are some 25pdrs painted for a nice chap up in the north. I swapped 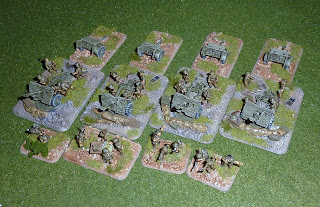 Today I shall mostly be playing Dux Britannarum, the playtest set of the Too Fat Lardies new ruleset 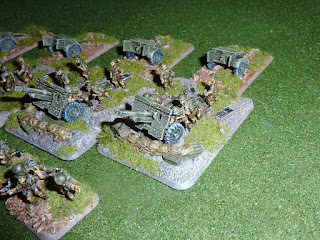 . Much chaos shall ensue as the Saxons and Britons do battle. More news tomorrow.
Posted by jcralls at 10:07