Some more Mortal Gods figures plus a few Vikings

Hello again to my reader. I hope you are well and getting more gaming in than I am.

I have cracked on with a few more figures for Mortal Gods, so here are a couple of pictures.  Along with the usual historical Greeks Footsore have also added myths to the range, so I added a few mythical figures to the collection. First I did a few Athenians as additional troops to face the Spartans. Only 8 so far, although I will add some more at some point.

Then I did up some mythical figures, starting with Jason and a trio of Argonauts. I tried to make them look like the classic image from the 1963 film, which I watched several times as an impressionable young lad. Nice enough figures, although the Argonauts are noticeably larger than the other Greek figures and Jason towers over them all.
As you can see, the mythical figures tower over the poor Spartan. Ah well, they will do for the game. Maybe size does matter in Mortal Gods. Talking of towering figures the main faction I am doing first is Zeus' followers and creatures. This force includes the mighty cyclops, minotaur and thundering Centaurs. I have a cyclops and minotaur now, although not the "official" figures as I couldn't justify £100 for two figures. The Footsore cyclops is £65 and the minotaur is £35. That's a bit excessive to my mind, so I started searching for proxy figures that would be imposing enough for the game. 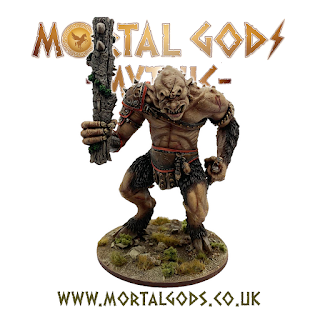 The official Cyclops is a sizeable figure standing at 105mm(4 inches) to the top of his head. It is very reminiscent of the cyclops in the 7th Voyage of Sinbad movie from 1958, but that is not really Greek history. 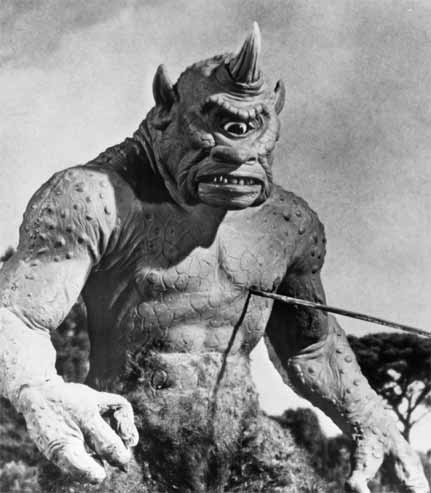 In Greek history the cyclopes were giant man like creatures, brothers of the Titans and creators of Zeus' thunderbolt, so I wanted a more human looking figure. Luckily I found what I was looking for on Amazon and it even came pre-painted and just needed a base. Its bigger as well at 115cm tall! 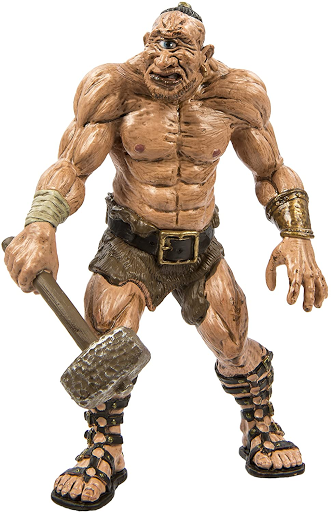 The Mortal Gods minotaur is also a sizeable figure, although at 62mm it is no match for the cyclops. However as the cost was prohibitive again so I searched some more and found what I wanted on eBay. One quick payment later and I had what I wanted. A minotaur from the Mythic Battles boardgame, available for the grand total of £8. It is a bit smaller at a mere 50mm tall, but that still makes it a lot bigger than the Greek figures. So, here they are along with a priest and a champion of Zeus. A nice little add on and gives a few more options for the game when I do get to play it again. I do need to get some centaurs, sadly they are £15 each from Footsore so Wargames Foundry are looking good for an order soon(ish).
In addition to Mortal Gods I have also been painting a few figures for a Viking raider game that my son wants to play. He has watched Vikings on Amazon recently and wanted to play something along the lines of raids and warband building. He found a game called Age of Blood online and promptly got me to promise to play it with him. A quick purchase later and I had a bag of Victrix Vikings to paint. So here are the first half of them, along with four slightly modified Celtic fanatics as berserkers. Now we just need lockdown to end so we can get a game in.

So that's the lot for now. I do have another 30 Vikings to put together and paint but we have enough for the game now. I have some villagers ready to be painted up for it though, so they will probably get done next. Then it is back to the 15mm Cold War vehicles I have sat waiting to be painted.

Keep safe folks and I will catch you next time.