Some more Wars of the Roses figures and other news

Well it's been a while since I had anything to report, but things have been a bit manic. First up my eye operation was cancelled while I was at the hospital, so still no movement on that front. No idea when it will be rescheduled, but fingers crossed for soon.

Then my Mum had a stroke while on holiday in County Durham. It's sods law that it happened while she was so far away, so my sister and I had a panicked over night 6+ hour drive up to help out. My step-father is not in great health either and he panics a bit when things go wrong, so we had to go and sort him out as well. Mum is on the mend and back home in Cornwall, having been informed that she is not allowed to go any further north than Devon now. 😉

Wargames wise, I have not played much. I did get a game of Trojan Wars Dux Brittanniarum at the Devon Wargames first meeting since lockdown lifted a bit. There is a write up here which is rather one sided as it was written by Vince Hector. It was a great game though and thanks to Chas, Vince and Andy for making the first game back so enjoyable.

I also played a game of Sharp Practice at the Monday night gaming group, where the Confederate forces saw off the Union trespassers and cleared the way to Washington. Sadly no pictures, but it has inspired me to run a campaign for Colin and Panjo to play. The first battle is under way and will be completed next Monday hopefully. While that was going on I played a couple of games of Tumult Royale with Andy and Zob, which is an enjoyable and fun boardgame, well worth the £7 it cost Zob. I came last in the first game but turned it around and won the second. It is quite tactical, more so than I realised in the first game. 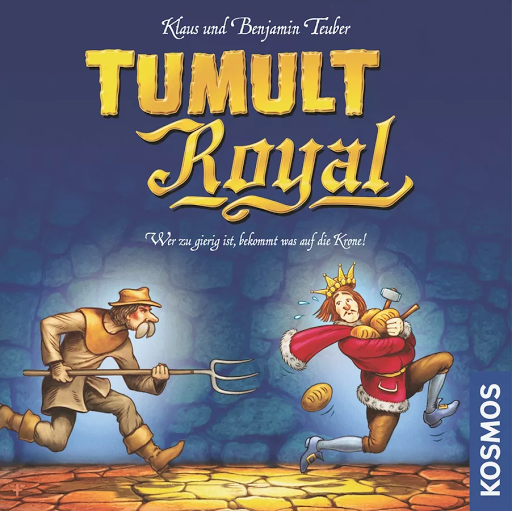 Painting has been very slow and the quality has suffered due to my eyesight being so crap currently. I did manage to finally finish off the revolting peasants I have had on the go though. Wargames Illustrated had a nice article about rabbles and rebels in "Never Mind the Billhooks" and I was sold on the idea. A few clicks on the interweb and I had two boxes of Fireforge Games Folk Rabble and a box of Gripping Beast Dark Age Warriors on the way. I worked out that these boxes would give me enough figures to make up three units of 24 revolting peasants. Also the Folk Rabble had enough spare arms and heads that I could use them on the Gripping Beast figures to make them match in.

Once they had arrived I started assembling them, using the extra arms and heads as described and chopping and gluing bits here and there. The figures came with a really nice mix of "weapons" including scythes, flails, a bow and various choppy type things. A couple of slings and spears from the Beasty figures and I had a reasonable mix, at least I think so. So I slapped on some paint.

Now the quality of these paint jobs are basic to say the least. Most of it is Contrast Paints from Games Workshop because they are easy to use when your vision is blurry. I don't think they look too bad considering, they are only revolting peasants after all. 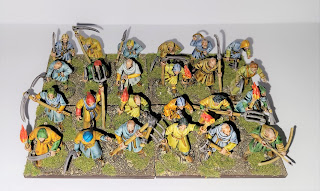 Unit one. For some reason they have ended up with 5 torches, ready to burn down the establishment. I quite like the look of the chap second from the right in the front rank, he looks like he means business with his two axes. 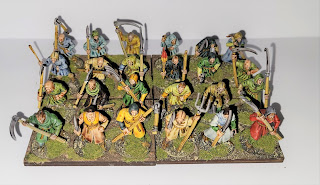 Unit two, who only have a single torch. No notable figures in this one but a nice mix of weaponry. 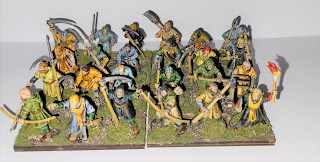 Unit three, again only the one torch. I liked the look of the chap third in from the left, extorting his comrades on while holding a scythe.
Well, there they are. I now need some more Men-at-Arms as I apparently do not have enough, oh and some more archers. My force is sadly understrength for Saturdays game at the Devon Wargames meeting.
Take care folks and I will catch you next time.
Posted by jcralls at 20:13