Tomorrow is the January meet of the Devon Wargames Group in Exeter.  I am going, no matter how sick I feel, in fact Nathan and I are going to introduce several of the members to Chain of Command.  I am putting on a later war game of US infantry against Germans and had to paint up some shock bases (dead man with square for small dice) for the Americans.  So here they are, nothing fancy but they do the job. 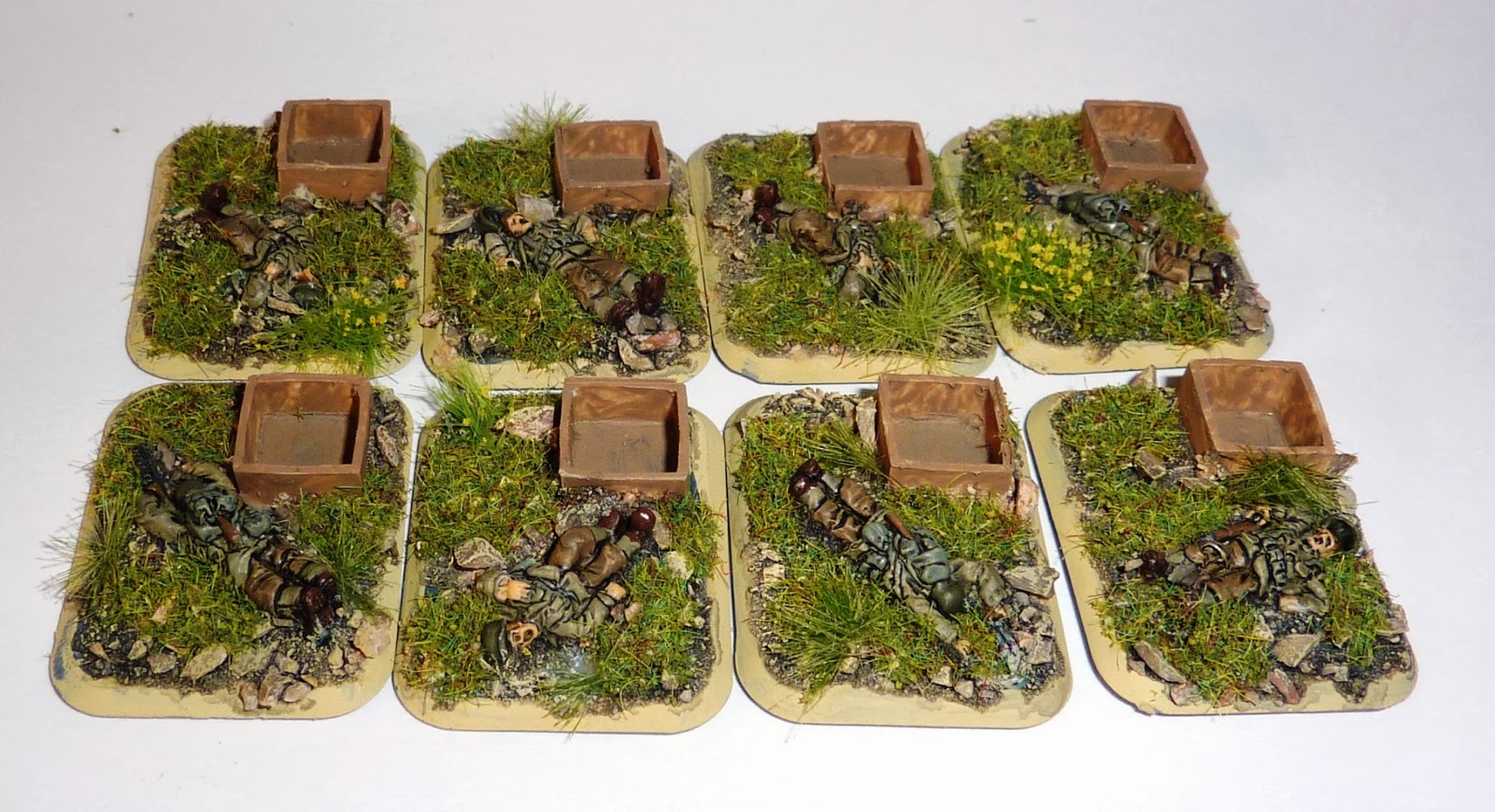 Then, in a moment of late night madness, I suddenly decided to make some "Jump Off" point markers for the Germans.  No idea why as I don't have any for the Americans either, but the Germans have now become the proud owners of 3 little dioramas which will see their first use tomorrow.
This one I am calling "Lost again", as a German squad in a Krupp Kfz.70 "Protze" truck wait while the officer tries to figure out where they are on his map.  The vehicle, driver, officer and NCO are from Battlefront, while the seated figures and signpost are by Peter Pig.
The next one is a supply dump, with an officer, radioman and spotter nearby.  I think the base is Kerr and King, while the figures are Battlefront and Peter Pig again.
The final one I am calling "Achtung", as one of the figures is shouting while his officer looks on with disinterest.  The truck is from Battlefronts "Ernst Barkman" box, while the officer is also Battlefront.  I don't know who makes the shouting figure, it was just in my bits box and got used.

So there they are.  Something a bit different from Napoleonics or normal WW2 troops.  I now need to figure out what I am going to do for the Americans.  Any ideas?

Keep rolling those dice, I will be tomorrow!